According to the National Association of Social Workers (NASW), a majority of children have experienced at least one childhood trauma. Often termed Adverse Childhood Experiences, or ACEs, these traumatic events can carry harmful aftermaths well into adulthood. Social workers can be a significant part of both prevention and care.

With proper intervention, many times childhood trauma—and its lingering repercussions—can be averted. Experts recognize social workers can help not only to prevent childhood trauma but to alleviate its lingering effects. According to NASW, social workers can, “identify both current and past victimization,” and possibly help prevent future problems.

As medical, community and government groups look to mitigate the rising incidences of trauma, social workers’ intervention has never been more essential. Prevention necessitates broad involvement across all social strata. According to a National Institutes of Health (NIH) article, “a paradigm-shifting evolution in . . . mindsets, policies and practices is required,” to ensure well-being in children. 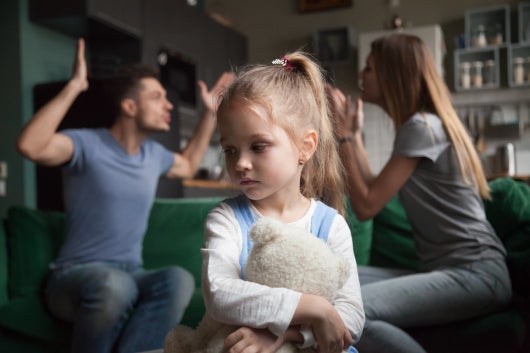 Childhood Trauma: What Are ACEs?

The U.S. Department of Health and Human Services (HHS) defines ACEs as, “traumatic events occurring before age 18.” The range of these negative circumstances a child may experience includes:

In addition to these long-established categories, ACEs are now also classified to include economic deprivation, violence in the community and bullying or discrimination. Frequently in children, multiple types of childhood trauma will occur in parallel. The more types of trauma a child endures, the higher their ACE “score.”

The effects of ACEs commonly linger throughout adolescence and adulthood. According to HHS, the more childhood trauma a child experiences, the greater their risk for health consequences and negative behaviors. 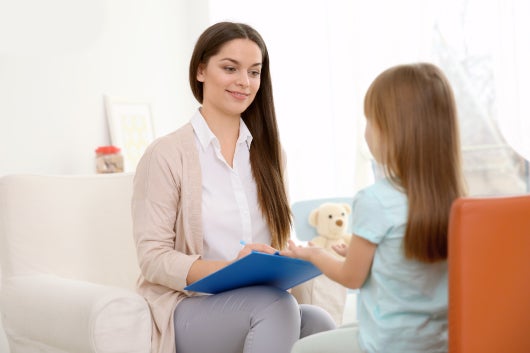 Beyond the distress children may experience from their immediate circumstances, the state of the world following the rise of COVID-19 has ushered a sense of instability among children. The global pandemic, social discontent and slowing economies have significantly impacted children. According to one physician, “Children and adolescents are experiencing acute mental trauma right now—especially as the pandemic continues alongside mounting protests and civic unrest.”

The Association of State and Territorial Health Officials notes the COVID-19 hardships, “cause stress and conflict that puts children at risk for experiencing ACEs.” Disruptions children have experienced include:

Social workers have stepped up during this extraordinary time, including providing extra support to foster children and families. Intervention, now more than ever, is key.

One physician noted, “supportive environments can mitigate trauma’s toxic and long-lasting effects.” The trauma-informed work of social workers has never been more relevant. 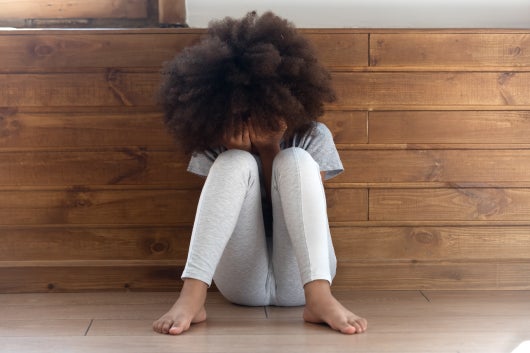 The Pervasive Nature of Childhood Trauma

ACEs are widespread today in the United States. About 61% of adults have undergone at least one form of childhood trauma. Only 36% of adults report zero incidences of ACEs; over 12% reported four or more.

Higher incidents of ACEs corresponded to higher risks for issues ranging from substance abuse to heart disease. Studies show children who experience ACEs may be at higher risk for drug abuse, unplanned pregnancies and PTSD into their teen years.

Another CDC study in 2012, the largest national study on ACEs to date, analyzed data from over 200,000 adults in 23 states. The 2012 study concluded three out of five adults had at least one ACE.

The incidences reported in the study included a parent’s divorce, incarceration, or substance abuse; a parent’s death; or physical or emotional abuse. One-fourth of adults reported having at least three of these experiences in childhood.

Another disturbing study published by JAMA Pediatrics noted low-income families and minorities are more likely to experience ACEs in childhood. In addition, the study found ACEs, “may exacerbate inequities in health, social and economic outcomes across generations.”

However unsettling these disparities are, no demographic is exempt from childhood trauma. One professor of pediatrics observed, “ACEs affect people from all walks of life everywhere.” 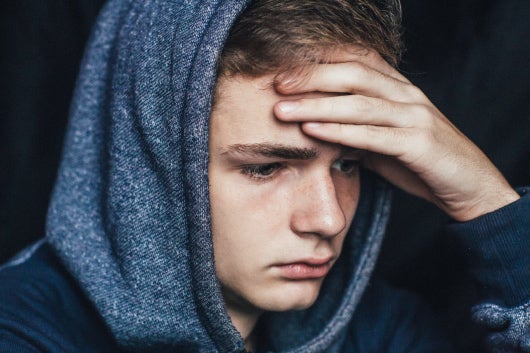 The Long-Term Consequences of Childhood Trauma

Multiple CDC studies demonstrate the consequences of childhood trauma reach well beyond childhood. The intervention of social workers, therefore, into preventing and mitigating ACEs has enduring effects on clients’ futures. The following are well-identified, long-term concerns of ACEs.

According to the CDC, multiple studies link ACEs with greater risk of serious health problems in adulthood. Higher incidents of ACEs corresponded to higher risks for issues ranging from substance abuse to heart disease, along with cancer, diabetes and stroke. Individuals with four or more ACEs tend to have higher rates of mental illness.

Adults with a high number of ACEs are more likely to take risks with their health as adults. These may include substance abuse, smoking cigarettes and compulsive eating.

Perhaps most concerning, JAMA Pediatrics concluded childhood trauma is a significant factor in serious illness in adults. Elsewhere, an article in the National Institutes of Health notes a “compelling” relationship between ACEs and principal causes of death in the United States.

Therefore, qualified social workers have the potential to not only impact their clients’ emotional and social well-being but also their physical health. The same NIH article notes effective social work may prevent ACEs and help children better cope with and recover from hardships. 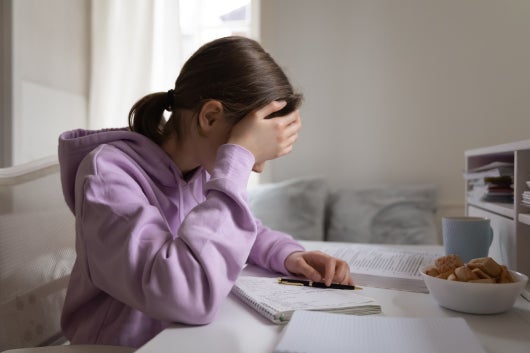 Before adulthood, childhood trauma can manifest harm in a child’s education. Studies indicate as children’s ACE scores, or the tally of the types of hardship they have endured, increase their academic performance declines. This can be a downward spiral for children, who may experience depression or anxiety as a result of their struggles with schoolwork.

Students who perform well academically are less likely to engage in self-destructive behaviors such as drugs, binge drinking, early sexual activity, or violence. Social workers have the capacity to help thwart this descent into harmful behavior by empowering students with coping skills. “Our objective is not to put kids in a bubble,” one professor of pediatrics noted, “but teach kids how to deal with adversity in a healthy manner.”

Beyond the unthinkable emotional effects on children and the physical effects manifesting in adulthood, ACEs comes with a financial toll on society. “Addressing the physical, emotional and economic consequences over the lifespan,” can cost about $831,000 per victim of abuse and neglect.

These costs may come in the form of health care, criminal justice, special education, child protective services (CPS), lost work, or lost productivity. They may also include the community-wide effects of pain and grief. The burden for these expenses passes to much of the United States population. 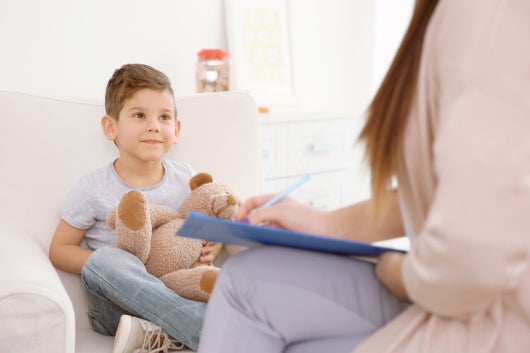 The Impact of Social Workers on Childhood Trauma

In their work interacting with children and families, social workers may also identify ACEs that can trigger negative behavior in later years. According to the CDC, the influence of social workers can, “reduce stigma around seeking help with parenting challenges or for substance abuse, depression, or suicidal thoughts.”

Elsewhere, an NASW piece published by the NIH noted, “Trauma-informed social work is characterized by client-centered practices that facilitate trust, safety, [and] hope.” Nowhere are these social work skills more impactful than in preventing, identifying and relieving the effects of childhood trauma. A white paper for the Substance Abuse and Mental Health Services Administration (SAMHSA) advocates for organizations to hire social workers especially skilled in dealing with trauma.

Social workers are also able to evaluate and foster coping skills in children facing adversity. Coping mechanisms are vital to physical as well as mental health, one professor of pediatrics notes. “Poor coping mechanisms are what we think links adversity to poor health outcomes.”

Networking to Make an Impact

Beyond their interventions with individual clients, social workers can impact clients by building and leveraging professional networks. The SAMHSA white paper explains clients who have suffered multiple ACEs may need varied forms of care to address physical and behavioral health, along with dependence on social services.

According to SAMHSA, it is essential for social workers and medical providers to, “work together to develop a trauma-informed network.” Further, SAMHSA advocates for making trauma training in social work standard practice. 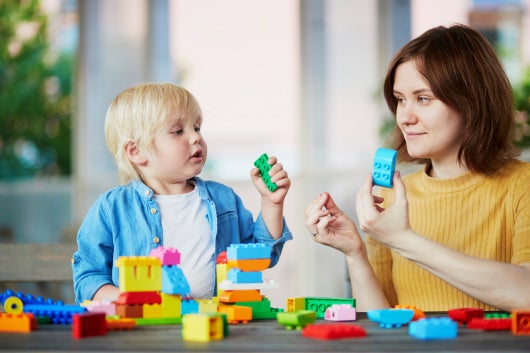 The CDC stresses that by implementing the following strategies, many forms of ACEs and their after-effects are preventable. Children can learn better coping skills and adults may get the help they need. One professor of pediatrics aptly noted that an ACE score is not someone’s destiny.

As stark as ACE statistics may seem, these prevention methods offer hope. According to the CDC, preventing ACEs could reduce up to:

The CDC asserts individuals and communities can employ broad strategies to help avert ACEs, such as:

These childhood trauma prevention strategies are most successful when focused on practical outcomes social workers can foster and quantify. For example, social workers employed with school systems may be able to boost after-school programs. They may advocate for high-quality childcare or help educate clients about safe dating or parenting skills.

According to the CDC, the following are practical ways to help prevent ACEs:

Watch an illustration of these points in the video included below.

Just as a negative, unstable environment can foster childhood trauma, a healthy environment may help prevent ACEs. Positive experiences for children that social workers can promote include:

Social workers’ efforts to combat ACEs work in concert with numerous community efforts already underway. HHS notes the active work in many communities observing a current focus to, “produce healthier outcomes for children and families, and save costs down the road." 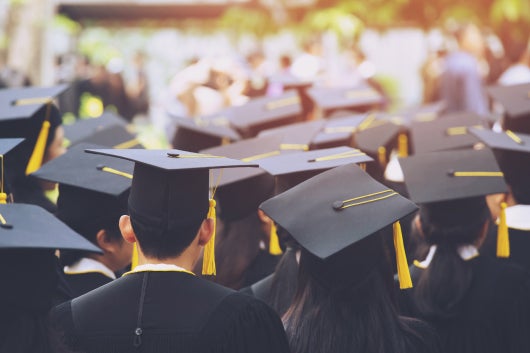 Are You Ready to Take the Next Step in Your Career to Make a Difference?

Higher education equips social workers to more successfully care for those who have experienced childhood trauma. Florida State University is one of the nation’s leading institutions for social work education. Ranked the number one Master of Social Work program in Florida by U.S. News & World Report, FSU has offered social welfare classes for over a century.

FSU is the first university in the United States to offer a Council on Social Work Education (CSWE) accredited online Master of Social Work degree. FSU students learn by experiencing social work in real-world settings before completing their program.

Learn how FSU's online MSW empowers you to make a difference in the lives of children, adults and families affected by trauma.

1. The Social Worker Role and Impact on the Community

2. What is Compassion Fatigue?

4. Nip It in the Bud: Signs of Social Work Burnout and Tips for Self-Care